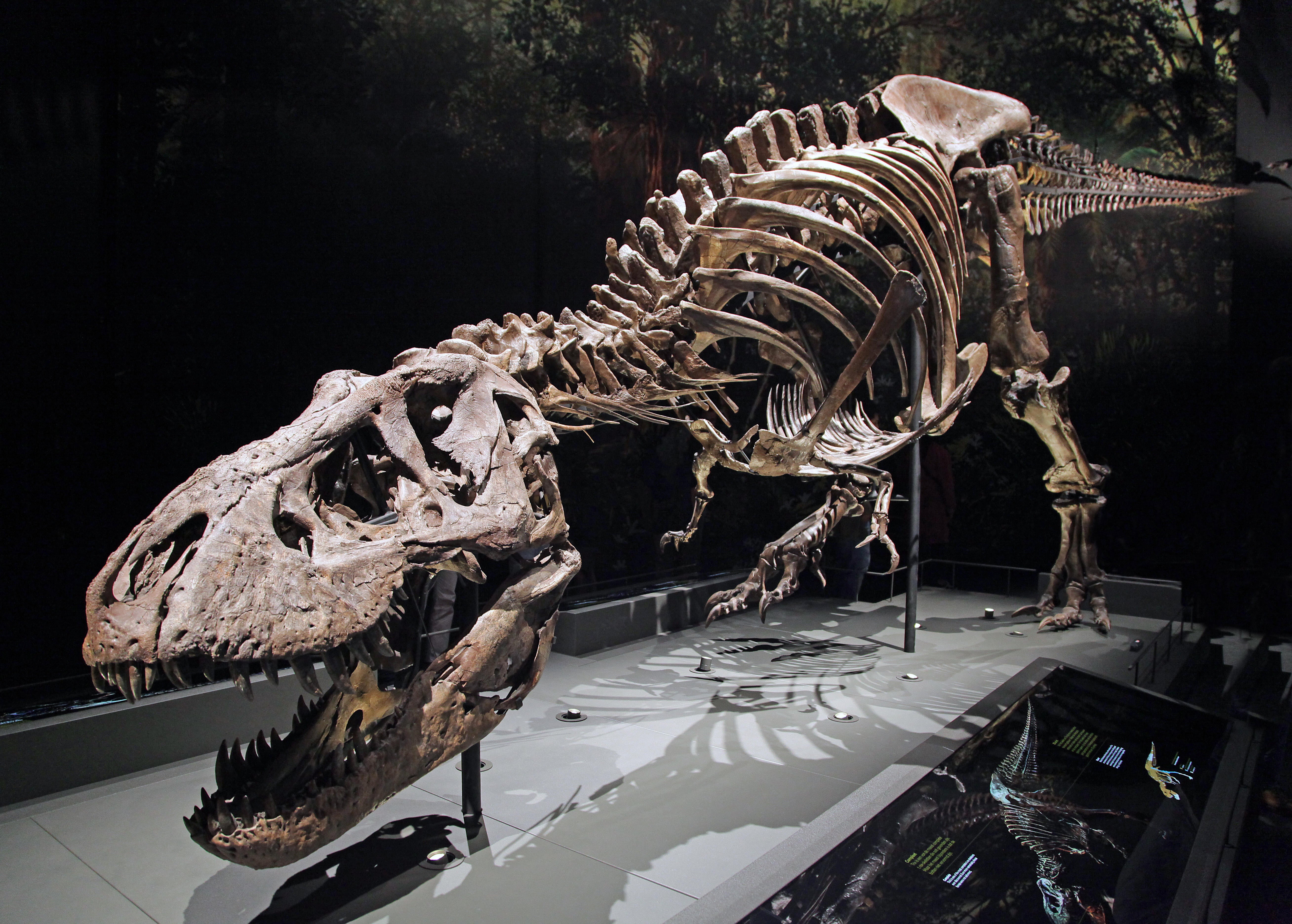 Christopher Intagliata: No one has ever seen a tyrannosaurus walk. Still, movies like Jurassic Park have guessed how fast it would have done that.

Now scientists have used the skeleton of a T. rex to model the biomechanics of the animal’s stride. And they’ve estimated it strutted at a leisurely pace, on par with humans, ostriches, elephants and giraffes.

Pasha van Bijlert: It’s not just limited to those animals—horses, gazelles, gnus—turns out that actually most animals don’t tend to walk super fast.

Intagliata: Pasha van Bijlert is a movement scientist at Vrije University in Amsterdam. His team studied the skeleton of a T. rex housed in a Dutch museum. The specimen—nicknamed “Trix”—is exceptionally well preserved, so they were able to see how ligaments would have linked the animal’s tailbones.

Those ligaments would have acted like rubber bands—and the researchers used mathematical modeling to study how they would have given the tail bounce as the T. rex walked. The animal could have taken advantage of that natural, bouncy rhythm to save energy as it moved.

Van Bijlert: That is basically resonance. You get more movement for less effort if you choose the correct rhythm at which you do things.

Intagliata: So that helped them estimate the beat at which T. rex would have pounded its feet. But to determine speed, they still needed to know how far each step was.

Van Bijlert: And to do that, we found a fossilized trackway of a smaller tyrannosaur. And we scaled it up to the size of our T. rex. And that gives you step length.

Intagliata: Multiply step length by step rhythm, and you get a speed of 1.28 meters per second, or about 2.9 miles per hour. The results were published by the Royal Society. [Pasha A. van Bijlert et al., Natural frequency method: Estimating the preferred walking speed of Tyrannosaurus rex based on tail natural frequency]

Van Bijlert says he’s seen a lot of headlines stating that humans could have “outpaced” T. rex. Not so, he says, once the animal started running.

Van Bijlert: I guess we should be glad that there’s a lot of time between us and T. rex.

[The above text is a transcript of this podcast.]

The way we use emojis evolves like language and changes their meaning
The nitrogen emergency: How to fix our forgotten environmental crisis
Advertisement